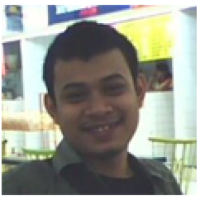 maup is the geospatial toolkit for redistricting data. The package streamlines the basic workflows that arise when working with blocks, precincts, and districts, such as Assigning precincts to districts, Aggregating block data to precincts,Disaggregating data from precincts down to blocks,Prorating data when units do not nest neatly, and Fixing overlaps and gaps

The project's priorities are to be efficient by using spatial indices whenever possible and to integrate well with the existing ecosystem around pandas, geopandas and shapely. The package is distributed under the MIT License.

We can installing maup from conda-forge using conda:

Here are some basic situations where we might find maup helpful. For these examples, we use test data from Providence, Rhode Island

As an aside, you can use that assignment object to create a gerrychain Partition representing this districting plan

Precinct shapefiles usually come with election data, but not demographic data. In order to study their demographics, we need to aggregate demographic data from census blocks up to the precinct level. We can do this by assigning blocks to precincts and then aggregating the data with a Pandas groupby operation:

Disaggregating data from precincts down to blocks

It's common to have data at a coarser scale that you want to attach to finer-scaled geometries. Usually this happens when vote totals for a certain election are only reported at the county level, and we want to attach that data to precinct geometries.

Let's say we want to prorate the vote totals in the columns "PRES16D", "PRES16R" from our precincts GeoDataFrame down to our blocks GeoDataFrame. The first crucial step is to decide how we want to distribute a precinct's data to the blocks within it. Since we're prorating election data, it makes sense to use a block's total population or voting-age population. Here's how we might prorate by population ("TOTPOP"):

We strongly urge you not to prorate by area! The area of a census block is not a good predictor of its population. In fact, the correlation goes in the other direction: larger census blocks are less populous than smaller ones.

Prorating data when units do not nest neatly

We can use maup.intersections to break the two sets of precincts into pieces that nest neatly into both sets. Then we can disaggregate from the old precincts onto these pieces, and aggregate up from the pieces to the new precincts. This move is a bit complicated, so maup provides a function called prorate that does just that.

We'll use our same blocks GeoDataFrame to estimate the populations of the pieces for the purposes of proration. For our "new precincts" shapefile, we'll use the VTD shapefile for Rhode Island that the U.S. Census Bureau produced as part of their 2018 test run of for the 2020 Census.

Precinct shapefiles are often created by stitching together collections of precinct geometries sourced from different counties or different years. As a result, the shapefile often has gaps or overlaps between precincts where the different sources disagree about the boundaries. These gaps and overlaps pose problems when you are interested in working with the adjacency graph of the precincts, and not just in mapping the precincts. This adjacency information is especially important when studying redistricting, because districts are almost always expected to be contiguous.

maup provides functions for closing gaps and resolving overlaps in a collection of geometries. As an example, we'll apply both functions to these geometries, which have both an overlap and a gap 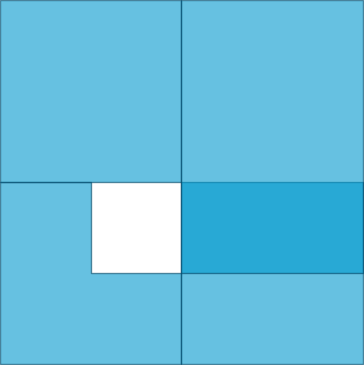 Usually the gaps and overlaps in real shapefiles are tiny and easy to miss, but this exaggerated example will help illustrate the functionality.First, we'll use shapely to create the polygons from scratch:

And then resolve the overlaps: